Need help figuring out how to power up your character? Here's how to level up in Salt and Sacrifice.

Like most action RPGs and roguelikes, leveling up is tantamount to your success in Salt and Sacrifice. The sequel to Salt and Sanctuary, this new effort from Ska Studios was inspired heavily by the Souls series, and as such you'll need to head out on Mage Hunts to devour Mage Hearts if you want to grow stronger and unlock new areas. That way, you'll be able to make short work of the bosses scattered throughout the game's five separate zones, so that you can eventually emerge victorious.

With that said, the leveling system is actually quite similar to the Souls series, though it's not identical to newer games like Elden Ring. Salt and Sacrifice, as the title suggests, requires you to collect a material called Salt, or your experience points, much like Elden Ring's runes. If you're having difficulty figuring out both how to collect Salt and what to do with it once you've got it, read on for how to level up in Salt and Sacrifice. 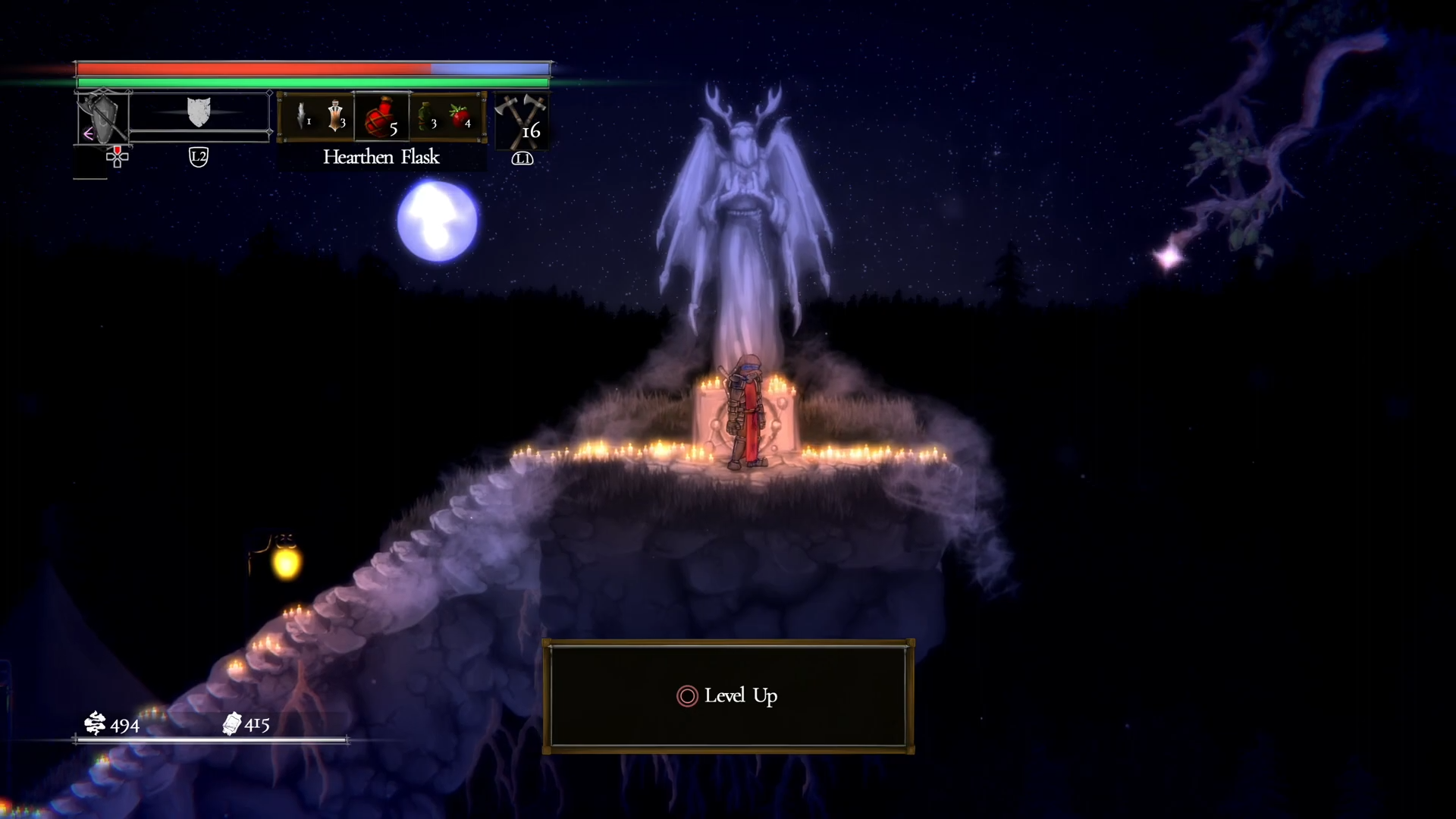 Leveling up in Salt and Sacrifice is simple, but don't get discouraged that you can't immediately start working on it as soon as you jump into the world. As previously stated, you'll need to collect Salt first. You can earn Salt by defeating enemies, with the amount that you earn rising as you eliminate tougher opponents. Check the Salt counter in the lower left of your screen and watch as it fills. Once it's completely full, you'll be able to level up.

Of course, there's one important thing to remember about the amount of Salt you accrue. You'll only be able to use the Salt you've earned while you're alive. Once you die, you'll lose all the Salt you've been carrying. You may return to the area you died in to recover your Salt, but if you fall once more on the way there, it's gone forever. That's part of what makes Salt and Sacrifice so challenging, so be sure you're deliberate with your moves and try to recover your Salt when you can, or you'll be grinding a lot longer.

Where to Level Up in Salt and Sacrifice 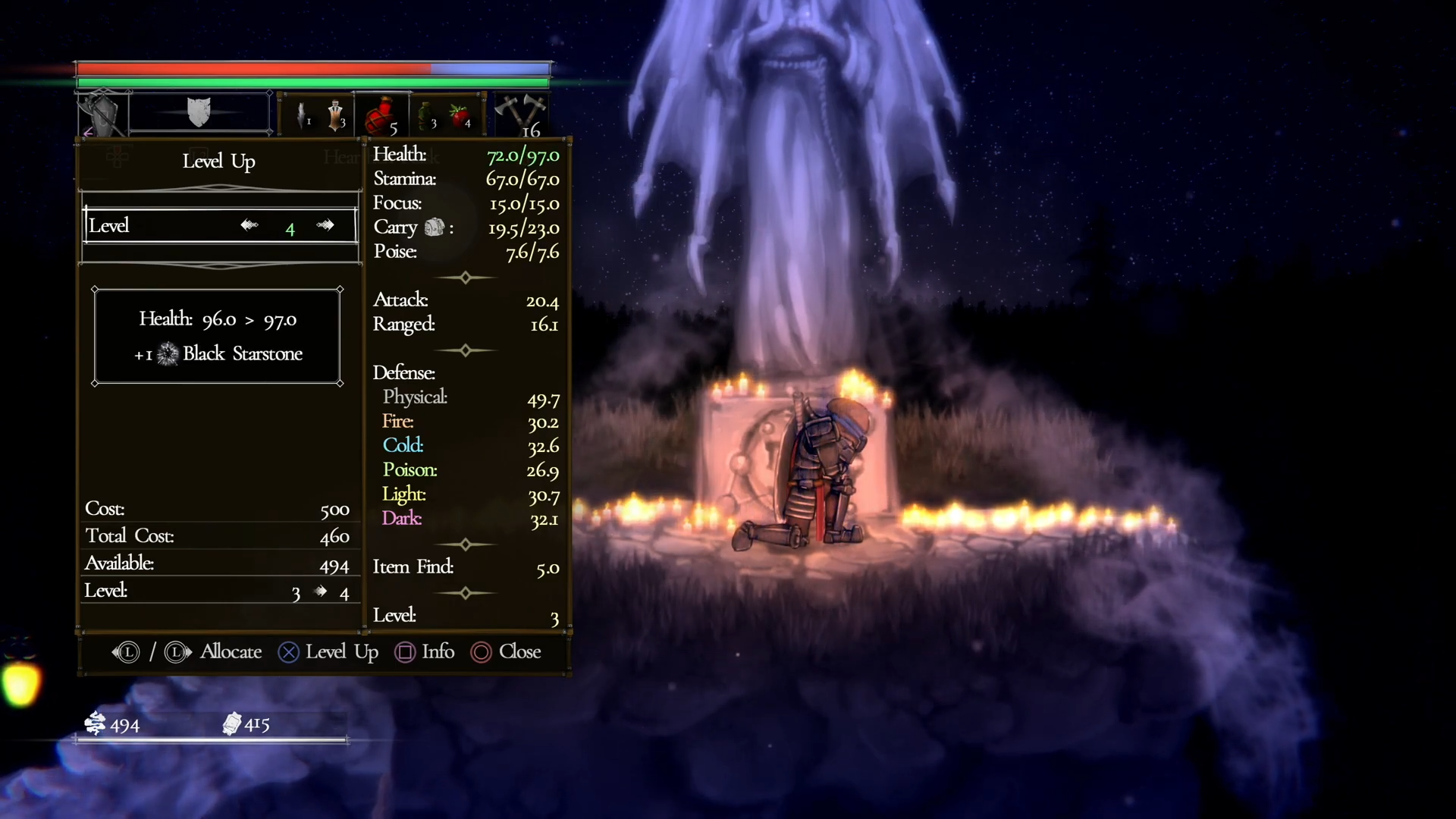 Now that you've collected a decent amount of Salt (and hopefully haven't dropped it a few times), you need to make your way to a specific area to actually use it. You can't simply navigate to the menu and make all the changes you'd like. You must instead head to Pardoner's Vale. Do this by using any obelisk you find and choosing "Return to Camp". Once you've returned, head to the Trifaul Idol. Go left from Champion Hera, then ascend the stairs where the vendor waits, and then climb the next flight of stairs you see to the right once you reach the top. 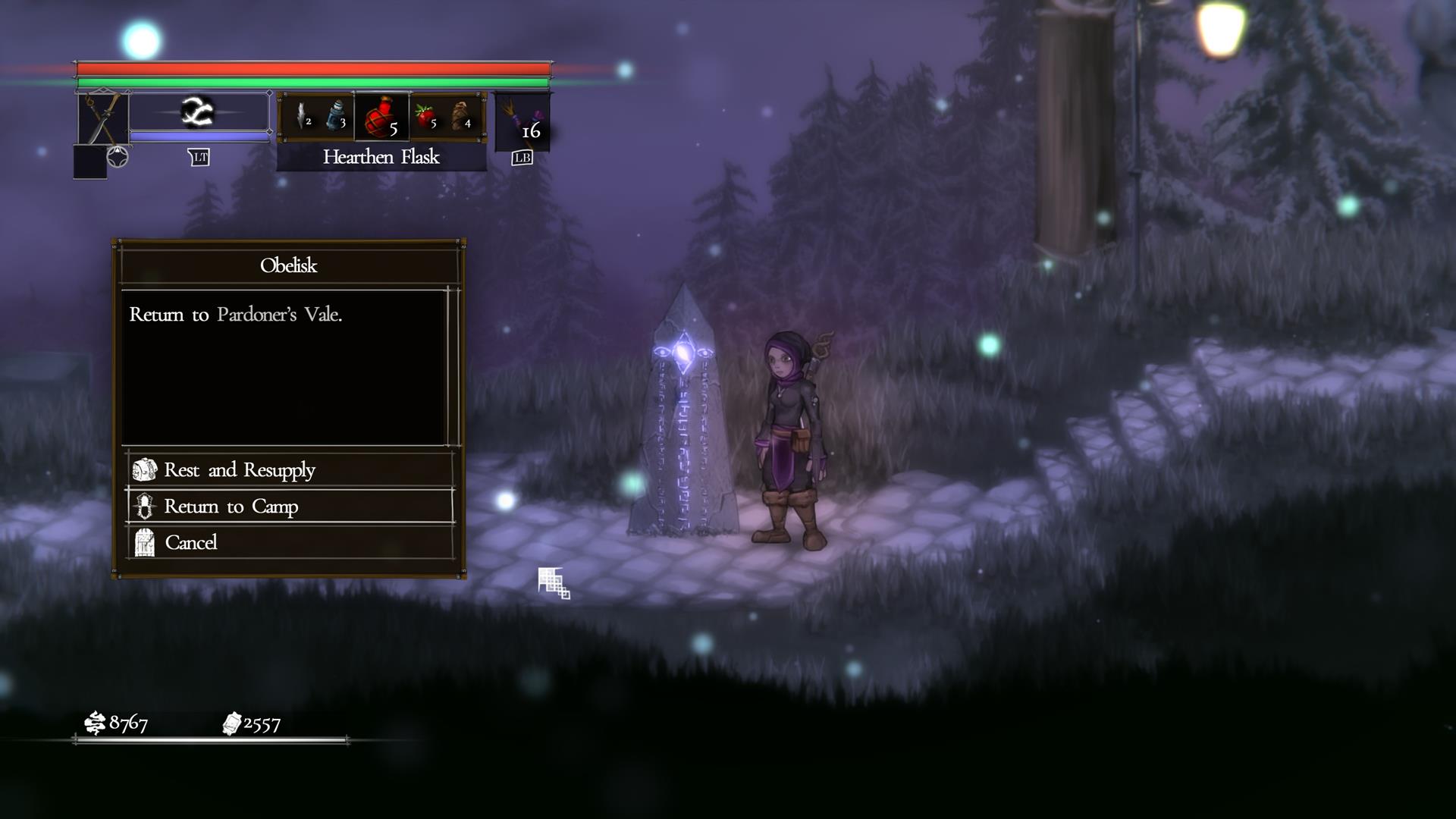 From here, you'll need to head over to the Trifaul Idol and open a menu that gives you the option to level up. If you don't have enough Salt to complete any meaningful upgrades, you'll see the message "Insufficient Salt". Otherwise, you'll be able to level up from that same screen. Alternatively, you can choose the "Tree of Skill" option to unlock additional skills and class abilities. You can only complete these upgrades at this location, so be sure to visit whenever you can, as you don't want to waste the Salt you've worked hard to collect.

How to Level Up Fast in Salt and Sacrifice 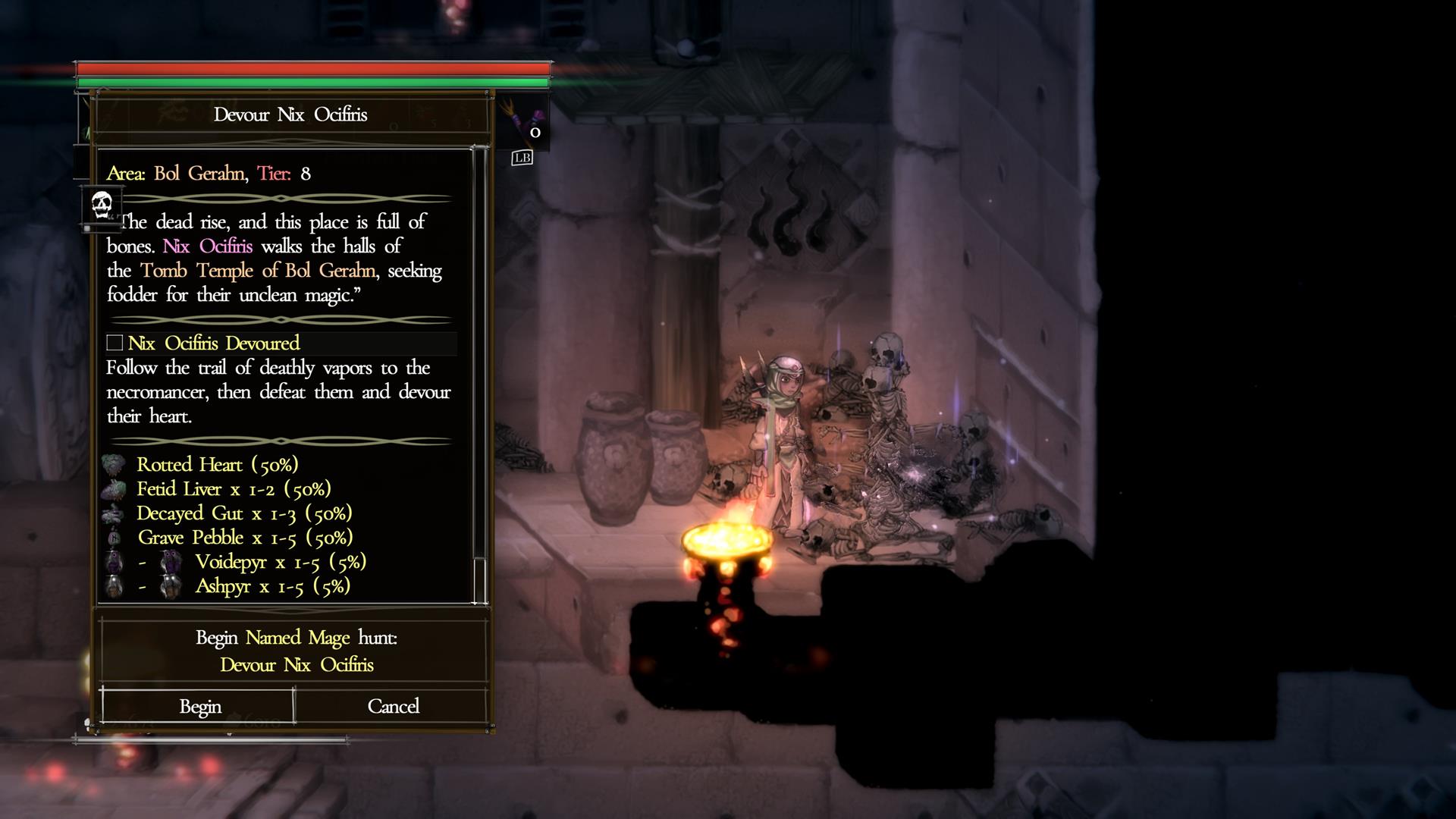 Your main goal, first and foremost, is to kill as many enemies as possible. You can target lesser enemies to quickly fill up on Salt, but you'll want to go after more difficult baddies if you want to actually level up quickly. Sprinkling in some harder enemies to defeat is obviously a good idea, but you'll want to find a route that works for you and simply repeat it if you want a more powerful character quickly.

At the beginning of the game, you can just fight through the simple enemies that are near the first area to level up semi-quickly. You can then rest at an obelisk and all of the same enemies will respawn. From there, lather, rinse, and repeat. Boss fights are a great way to quickly add more Salt to your disposal, but they won't respawn. You can go on Mage Hunts, however, which can make for easy ways to rack up Salt.

Look for glowing red doors as you make your way through Salt and Sacrifice to start Mage Hunts. Once you enter, you need to devour a certain number of mages within a zone. You'll eventually come across cursed items and points of interest that you can investigate. Once inspected, you'll officially kick off a Mage Hunt. You'll be given a quick card showing off what kind of opponent you need to fight as well as what the mage could potentially drop. From there, you can fight through a particularly difficult battle, and the reward are drops and additional Salt.

Now that you’re armed with the knowledge of how to level up your character in Salt and Sacrifice, get out there and conquer!